Communication as part of responsible conduct of research

The researcher’s professionalism demands responsible behaviour throughout – also when communicating – the research.

Communicating research outside the academic community is taken for granted as part of many research projects. Researchers perform in public in different channels, give interviews, participate in debates and seminars, and write statements, articles and books that popularise information as well as opinion pieces.

Channels for performing in public vary from the professional media and the traditional media to social media. The topics also vary. Sometimes the subject is tightly limited to the researchers’ own specialist field, while on other occasions it is closely related to it, and researchers comment in public on other issues as well.

What do the guidelines of the Finnish National Board on Research Integrity TENK say about communication outside the academic community?

Responsible conduct of research and communication

All researchers working in Finnish research organisations have undertaken to comply with the guidelines on Responsible conduct of research and procedures for handling allegations of misconduct in Finland (the RCR guidelines) published by the Finnish National Board on Research Integrity TENK. The guidelines set out a framework for good research practice and list unacceptable practices, which occur in the form of misconduct and disregard.

Although the main focus of the guidelines is on conducting research and on academic publication, they also address communicating science to a broader audience than the academic community.

All researchers working in Finnish research organisations have undertaken to comply with the RCR guidelines published by TENK. The guidelines address communicating science to a broader audience than the academic community.

According to the guidelines, one of the premises for the responsible conduct of research is that when publishing the research findings, they are communicated in an open and responsible fashion that is intrinsic to scientific knowledge. Publication is intended to cover a broader audience than the scientific community alone:

“Researchers also need to comply with [responsible conduct of research] when working as teachers or instructors, when applying for research positions or for research funding, as well as when functioning as experts in their field both inside and outside the research community.

Besides research activity, the principles of responsible conduct of research apply to teaching materials, written and spoken statements, evaluations, CVs and publication lists, as well as to societal interaction in both printed and electronic publication channels, including social media.”

Many researchers include their CVs on their websites or on other public platforms. Debate sometimes becomes heated on social media. Sometimes roles become confused and at times an unreasonably glamorous impression of the research may be given, even to the extent as to call responsible conduct of research into question.

However, the researcher’s professionalism demands behaviour that is responsible in terms of research integrity throughout the entire research, also when communicating that research outside the academic community. The RCR guidelines draw attention to the following as irresponsible:

“Misleading the general public by publicly presenting deceptive or distorted information concerning one’s own research results or the scientific importance or applicability of those results.”

TENK is informed of all investigations of misconduct under the RCR guidelines in Finland. On occasion, TENK may also address communication outside the scientific community. The work of researchers has been questioned, among other things, in connection with press releases, online debates and regarding consultation as an expert before a committee.

Don’t lie, steal or distort data. A researcher is still a researcher, even on social media.

Experts should bear in mind that every time they speak with the voice and the prestige of a researcher, they are acting as a member of the scientific community, which in Finland has undertaken to conduct research responsibly. The same rules regarding conducting scientific research that guide research work also govern press releases and textbooks as well as marketing on social media – don’t lie, steal or distort data. A researcher is still a researcher, even on social media. 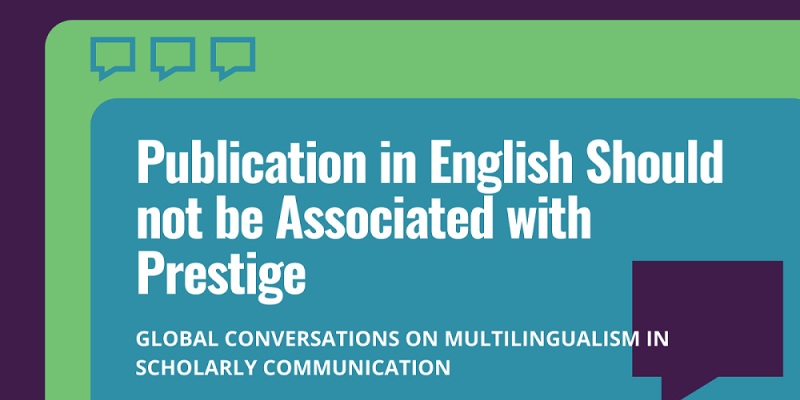 Publication in English should not be associated with prestige
A report of EuroScience Open Forum 2022 panel discussion.
Responsible Research