Publication in English should not be associated with prestige 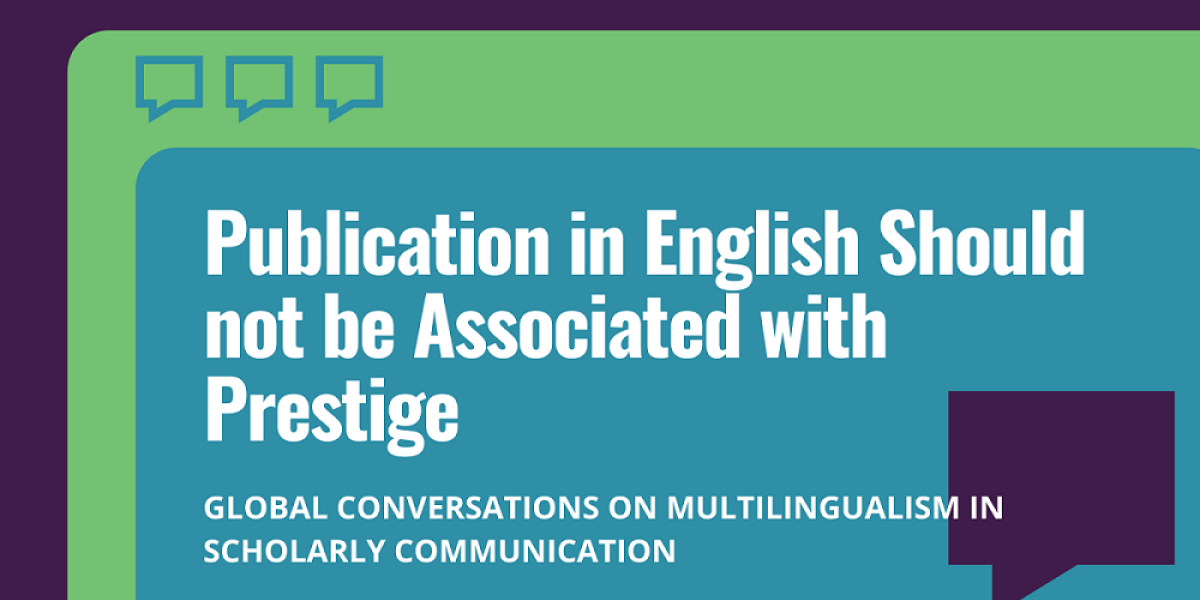 Recently, multilingualism in scholarly communication has emerged as one of the central points of concern in the conversations on responsible science and research. This is a report of EuroScience Open Forum 2022 (ESOF) panel discussion on challenges of recognizing and supporting multilingual scholarly work in different geographical and organisational contexts.

Currently, the majority of scholarly communication is conducted in English. For example, in 2020, 95% of all the articles in one of the largest bibliographic databases, the Web of Science, were in English.

Whilst the prevalence of an academic lingua franca certainly advances international communication between academics, multiple issues arise from this language hegemony. Considering that the majority of the global population does not speak English, the wider society is largely excluded from the scientific discourse and sharing of information. Concurrently, researchers have fewer resources and possibilities to publish in other languages without it negatively affecting their careers. As such, many local non-English Open Access journals, which play an important role as publishers of locally relevant research, are struggling to subsist.

Today, efforts to tackle these challenges are emerging in various localities through education, technological innovation and reformations of research assessment and funding. Moreover, important steps have been taken through international collaboration and policy making, which are essential for the fair and efficient global research community.

Helsinki Initiative on Multilingualism in Scholarly Communication strives to encourage and advance a global environment that values multilingual scholarly communication and open access to scholarly publications in all languages. The initiative supports effective and inclusive communication of scientific knowledge among scholars, citizens and decision makers. Concurrently, one of the motivations for the initiative is to promote multilingual and locally relevant research in assessment and funding systems. The initiative was launched in 2019, and has since been signed by hundreds of organisations and professionals from over 70 countries.

In July 2022, EuroScience Open Forum (ESOF) brought together for a panel discussion organized by the Helsinki Initiative five experts working closely with questions of multilingualism in different geographical and organisational contexts. In the discussion, led by Henriikka Mustajoki, the Secretary General of the Secretariat for the National Open Science and Research Coordination of Finland, a vast array of ideas about the possibilities and challenges of multilingualism were exchanged.

The advancement of multilingualism in scholarly communication has begun to gain traction among many organisational actors around the world and vital conversations have been sparked between local contexts. While the academic community is extremely international, the deep diversity of local environments of scholarly communication leads to a host of context-specific challenges and possibilities for multilingualism. The possibilities and challenges for multilingualism in different localities are affected by social politics, the reach of digital technologies, the economic situation and the number of local languages.

Inclusive and effective science is multilingual

To start off the panel discussion, Gustav Bohlin from Vetenskap och Allmänhet, a Swedish non-profit organisation working to promote better dialogue between researchers and the public, provided a clear example of the necessity of multilingualism in scholarly communication. In the past three years, the world has seen an immense need for efficient science communication in the face of the Covid-19 pandemic. Bohlin noted that the demand for multilingual scholarly communication becomes especially apparent in a time of crisis, when reliable knowledge based on research should be distributed to all citizens. Through communication in local languages, one can counter the spread of mis- and disinformation among the public. Bohlin recounted how, in Sweden, the Covid-19 crisis highlighted the need to communicate scientific knowledge in Swedish but also in Arabic and Somali. Indeed, the dialogue between scientific professionals and the general public is at the heart of responsible science. According to Bohlin, for this dialogue to happen, people must feel comfortable and trustful, and often the prerequisite for this is communication in their native language.

But why are we missing adequate multilingual scholarly communication, if the benefits are clearly visible? Among the panellists, it was clear that the current academic system does not support publishing and communication in local languages sufficiently. Many researchers do not have resources to publish in multiple languages and fear the negative impacts that publishing in solely a local language could have on their research and career. Through the prioritisation of English, many high-quality researchers and research fields are sidelined in the current assessment system. In the panel, the recent research assessment reforms, which recognise multilingualism, were suggested as one step towards solving this issue.

Throughout the panel discussion, it was emphasised that funders are in a key position in encouraging and facilitating the language-variety in scholarly communication. The Executive Director of cOAlition S, an Open Access initiative of national research funding organisations, Johan Rooryck presented, that the goal of increasing Diamond Open Access journals goes hand in hand with the effort of widening multilingualism in publishing. Rooryck noted that according to a recent Diamond Open Access study, most Diamond journals are multilingual while serving an international readership. According to Rooryck, national funders can also promote multilingual bibliodiversity of academic books via funding schemes for Open Access books. Rooryck’s message was clear: “Funders and universities should value multilingual publication in the same way as publication in English. We should convince PhD students of this too. Publication in English should not be associated with prestige.”

The fact that the already existing multilingual open access resources are well used by wider society supports the argument for advancing them. According to Marin Dacos, the National Open Science Coordinator at the French Ministry of Higher Education and Research, open access materials are actively used by people outside academic professions. Dacos pointed out that multilingualism connects the most popular open access journals provided through OpenEdition, a platform for open academic resources in humanities and social sciences. Currently, academic publishing and communication in local languages thrives mostly in the humanities, but among the panellists, it was strongly agreed that multilingualism should be expanded to all fields of science.

In contrast to Europe, Latin America provides an interesting example of already existing infrastructural support for non-English publishing. According to Laura Rovelli, the coordinator of the Latin American Forum for Research Assessment (FOLEC), Spanish and Portuguese still subsist as languages of publication in Latin America due to an infrastructure with its own indexing system including thousands of predominantly university-based, diamond or platinum open access journals managed by the research communities themselves. However, Rovelli noted, the standing of these languages is also changing, as there can be seen a growing trend of publishing in English.

Smart technologies in the aid of multilingualism

Finally, the goal of multilingualism raises very practical questions: who does the translating, if research shall be published in various languages? In the panel, Marin Dacos highlighted the possibilities of new technologies and presented how France has taken a role of leading the invention of smart technologies for efficient translation of academic texts. Translating research publications into multiple languages is a highly time-consuming effort, but technological inventions could make this work more feasible. While artificial intelligence could provide vital support for the effort of multilingualism, there was however a strong agreement among the panellists, that automated translation should always be supported by expert review. Indeed, as Dacos emphasised, in scientific communication: “There is no room for error”.

Change requires effort from all levels of the academic system

Multilingualism is a question of valuing cultural diversity and equity as well as of supporting efficacious science. The EuroScience Open Forum panellists demanded action from all levels of the academic system from research funders and governments to university teachers and researchers. The change must be seen concurrently in the infrastructures and the attitudes.

To conclude the panel, Henriikka Mustajoki proposed three key actions for encouraging the provision of scientific knowledge in languages accessible for everyone. Firstly, in science policy, multilingualism and locally relevant research must get the same recognition as international communication. Secondly, scholar-led non-profit Diamond Open Access publishers utilising local languages must be prioritised in the public funding for Open Access. And finally, research published in all languages should be equally recognised and rewarded, and language biases in metrics and expert-assessment should be addressed in the research assessment reforms.

While English has continued its expansion as lingua franca in academic communication, the acknowledgement of multilingualism is concurrently growing. On the 10th of June 2022, the Competitiveness Council of the European Union approved the conclusions on research assessment and implementation of open science. The Council "acknowledges that in order to accelerate the implementation and the impact of Open Science policies and practices across Europe, action has to be taken to… encourage where appropriate, the use of multilingualism for the purpose of wider communication of European research results", and “welcomes initiatives to promote multilingualism, such as the Helsinki initiative on multilingualism in scholarly communication".

Important developments have taken place since the ESOF panel on multilingualism. An Agreement for reforming research assessment, which builds on the European Commission's scoping report "Towards reform of Research assessment", was published on 20 July 2022. The agreement was drafted by Science Europe, the European University Association, and Dr Karen Stroobants, with input from over 350 research organisations from more than 40 countries. Over 400 official signatories constitute the Coalition for Advancing Research Assessment (CoARA).

Janne Pölönen, the Secretary general for Publication Forum at the Federation of Finnish Learned Societies, underscores that according to the first of four core commitments of the Agreement, changes in assessment practices should enable recognition of the "valuable contributions that researchers make to science and for the benefit of society, including diverse outputs beyond journal publications and irrespective of the language in which they are communicated".

Reetta Kettunen, the Secretary General for the Committee for Public Information, who co-organized the ESOF panel with Pölönen and Mustajoki, points out that the agreement also includes the Helsinki Initiative in its Toolbox: practical tools and options to consider (Annex 4). Regarding the commitment to consider the diversity of contributions, the toolbox proposes to "value diverse outputs (FAIR data sets, replication studies, registered reports, pre-prints) in different languages in accordance with the Helsinki initiative".

Why should researchers engage in public debate?
If researchers and other experts withdraw from debate, the public arena will be taken over by others. Be brave and get out there!
Responsible Research 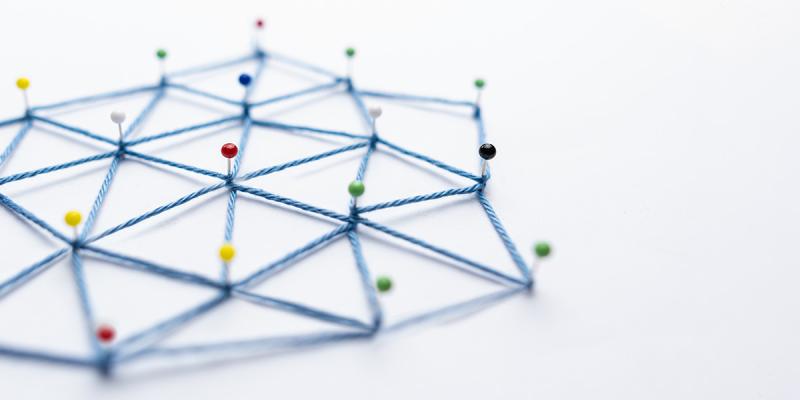 Call for EOSC Association Task Forces
Call for EOSC Association Task Forces will open before Midsummer. EOSC Finnish Forum supports the applicants.
Open science
Science and political decision-making – the Parliament of Finland’s Committee for the Future
There is much less objective information in the world that we might think. What we do find is a number of well-founded alternative viewpoints.
Responsible Research
Who gives consent in research on children and young people?
Who should be asked to give consent when research concerns children or young people? How to ensure that a child knows what consent involves?
Responsible Research 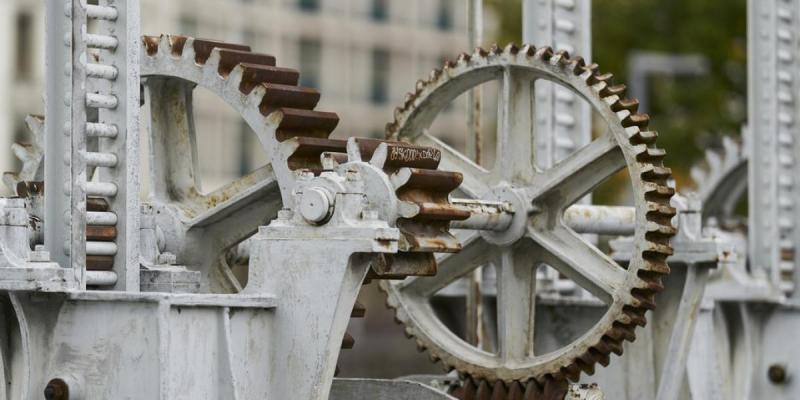 EOSC and RDA: different acronyms, common objectives
Read the summary of the past webinar organized by EOSC Finnish Forum and find the webinar materials.
Open science 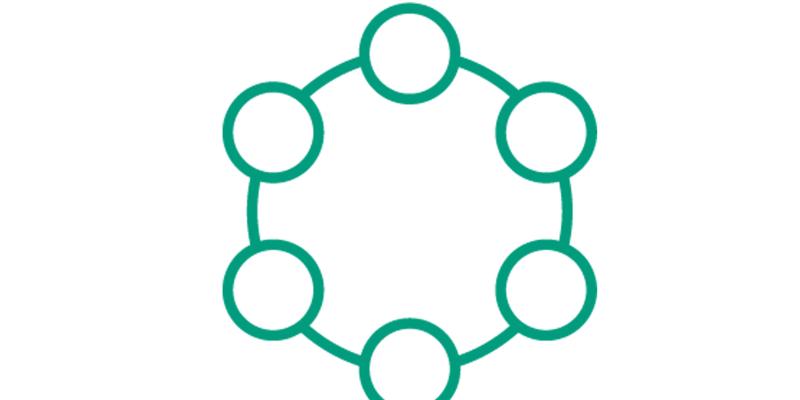 National recommendations for responsible researcher evaluation
Research evaluation shapes and directs research. It is therefore important to consider how the researcher will be evaluated and what kind of research community will be created by the evaluation practices.
Open science