Why should researchers engage in public debate?

If researchers and other experts withdraw from debate, the public arena will be taken over by others. Be brave and get out there!

Research data and scientific experts are being challenged increasingly intensely. The media favours those who question “official information” and bloggers who have branded themselves as experts, whose knowledge is based more on experience than tested research data. The traditional virtues of the expert, such as high education or deep professional expertise, no longer have the same currency as before.

Researchers who constantly appear with inconvenient facts irritate politicians. In the social media bubbles of like-minded people, researchers who question the views of charismatic leaders of opinion may become the victims of hate speech or actual persecution.

So why bother? Wouldn’t it be better to stay within the safety of the academic community where research data and expertise are actually appreciated?

Unfortunately, this is the worst mistake researchers can make. If researchers and other experts withdraw from debate, the public arena will be taken over by others. Be brave and get out there!

Science communication is not merely about popularising your own research. It provides an opportunity to participate in public debate. The role of the public expert thus needs to be understood more broadly. In the media, researchers are being interviewed considerably more frequently as commentators on different current topics. A researcher can take the role of an interpreter of phenomena, a participant in society, a political commentator or a critic explaining gaps and contradictions in our knowledge.

It has become more common for the media to use experts. The practices of journalism regarding sources favour the use of experts in proving background information and comments on topical public issues. As researchers become more used to the ways in which news media operate and learn to make use of social media, participation in public debate may become a natural element in a researcher’s professional armoury.

Of course, a more visible role for researchers and experts also gives rise to criticism, as increasing publicity exposes the researcher to the public gaze. However, although we cannot simply pick the good parts of publicity like picking the cherries out of a cake, publicity is probably more of a benefit than a curse to researchers.

Although we cannot simply pick the good parts of publicity like picking the cherries out of a cake, publicity is probably more of a benefit than a curse to researchers.

Researchers ought to put their expertise to use when there is public demand for it. It is not worth spending too much time thinking whether a colleague might be in a better position to comment. The cycles of publicity are getting faster all the time and in the arena of public debate researchers also have to compete with other commentators. If one researcher doesn’t speak out, someone else will seize the opportunity.

Researchers should not fear publicity as journalists usually value researchers and want their comments. There are also new forums where journalists and researchers come together. However, nor can publicity be controlled and unfortunate surprises cannot be ruled out. But you can always learn from them, if you want to.

Controlling publicity is most difficult online and in social media forums. However, at the same time these open up many new opportunities for researchers to write, be seen and have an impact. It is likely that this will also be of benefit in an academic career.

Questioning experts is not only a bad thing. It is healthy to question the authority of public institutions and experts. Closed fortresses of power and experts patronising laypeople are no longer modern. Even scientific organisations have some learning to do regarding a new culture of openness.

Esa Väliverronen, Professor of Media and Communications, University of Helsinki

Science communication
Freedom of research
Effects and impact of research 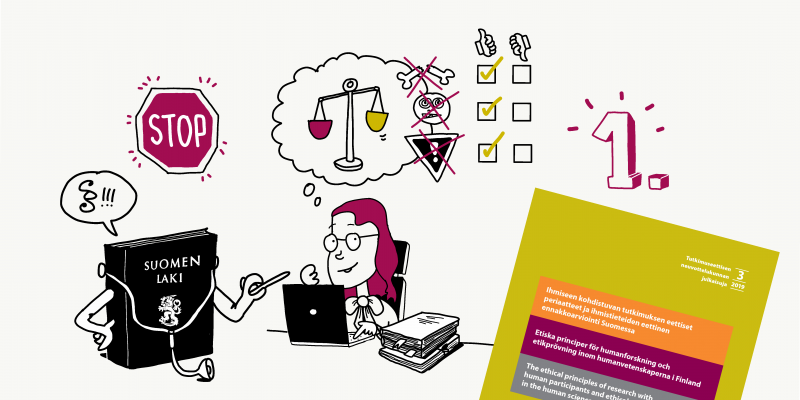